Federal Pay Systems and How to Negotiate Higher Salaries

Excellent pay, Job security, and an exceptional retirement system are just a few of the top reasons most people seek federal employment. The average salary for full-time federal workers is currently $86,635 annually, total average annual compensation, including pay plus benefits, now exceeds $123,000 compared to just $70,081 for the private sector according to the United States Bureau of Economic Analysis. 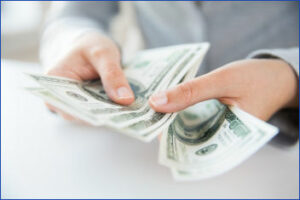 The federal pay system can be difficult for new hires to navigate and fully understand. Federal job announcements list the job title, federal pay scale, job location, and annual salary for the position. It also lists required duties and responsibilities, the qualification requirements for the job, and includes comprehensive application guidance.

There are eight predominant pay systems. Approximately half of the workforce is under the General Schedule (GS) pay scale, 20 percent are paid under Postal Service rates, and approximately 10 percent are paid under the Federal Wage System (FWS). The remaining pay systems include the Executive Schedule (SES), Foreign Service, Special Salary Rates, Nonappropriated Fund Instrumentalities pay scales, and the Veterans Health Administration pay plans.

The majority of professional and administrative federal workers are paid under the General Schedule (GS). The General Schedule, includes 15 pay grades for civilian white-collar and service workers, and smaller within-grade step increases that occur based on length of service and quality of performance. New employees usually start at the first step of a grade however those with experience in the field can often negotiate a higher starting salary.

A  number of agencies implemented core compensation pay band systems in the mid 1990s. To provide agencies greater flexibility in how they pay their workers, there are a number of pay systems authorized. For example, the Federal Aviation Administration (FAA) uses a core compensation pay band system. Their system incorporates fewer, but wider pay bands, instead of grade levels. Pay increases, under these systems, are almost entirely based on performance, as opposed to length of service.

The Federal Wage System (FWS) is used to pay labor and trade workers. This schedule sets federal wages so that they are comparable to prevailing regional wage rates for similar types of jobs. As a result, wage rates paid under the FWS can vary significantly from one locality to another.

In addition to base pay and bonuses, federal employees may receive incentive awards. These one-time awards, ranging from $25 to $10,000, are awarded for useful suggestions, a special act or service, or sustained high job performance. Some workers also may receive “premium” pay, which is granted when the employee must work overtime, on holidays, on weekends, at night, or under hazardous conditions. There are also 10 paid holidays each year and all workers receive 13 sick days annually. Sick days accumulate without restrictions and if not used employees can apply unused sick leave balances towards their service time for retirement purposes.

Each GS grade has 10 pay steps. Currently, a GS-9 starts at $43,251 for step 1 and reaches $56,229 per year at step 10 (not including locality pay adjustments). At the GS-9 grade, each pay step adds $1,442 to the annual salary. Pay steps are earned based on time in service and the employee’s work performance. General Schedule employees are referred to as white-collar workers under the federal classification system. There are 47 locality pay areas.

If you are accepted for a position a job offer will arrive with additional guidance and the salary will be listed. If you are currently earning more in a comparable position ask for a pay match before accepting and signing for an offer. You can’t receive a pay adjustment after officially signing an offer of acceptance.

The information provided may not cover all aspects of unique or special circumstances, federal and postal regulations, and programs are subject to change. Our articles and replies are time sensitive. Over time, various dynamic human resource guidance and factors relied upon as a basis for this article may change. The advice and strategies contained herein may not be suitable for your situation and this service is not affiliated with OPM, the postal service or any federal entity. You should consult with school counselors, hiring agency personnel offices, and human resource professionals where appropriate. Neither the publisher or author shall be liable for any loss or any other commercial damages, including but not limited to special, incidental, consequential, or other damages.

Dennis V. Damp is a retired federal manager, business owner, career counselor and veteran. Damp’s The Book of U.S. Government Jobs was awarded “Best Career” title by the Benjamin Franklin Awards Committee. Damp is the author of 28 books, a recognized employment expert, and a retired federal manager with 35 years of service. He worked for the Federal Aviation Administration (FAA) and held numerous supervisory and management positions and was responsible for recruiting, rating and interviewing applicants, outreach and hiring. His last government position was technical operations manager at the Pittsburgh International Airport’s air traffic control tower.